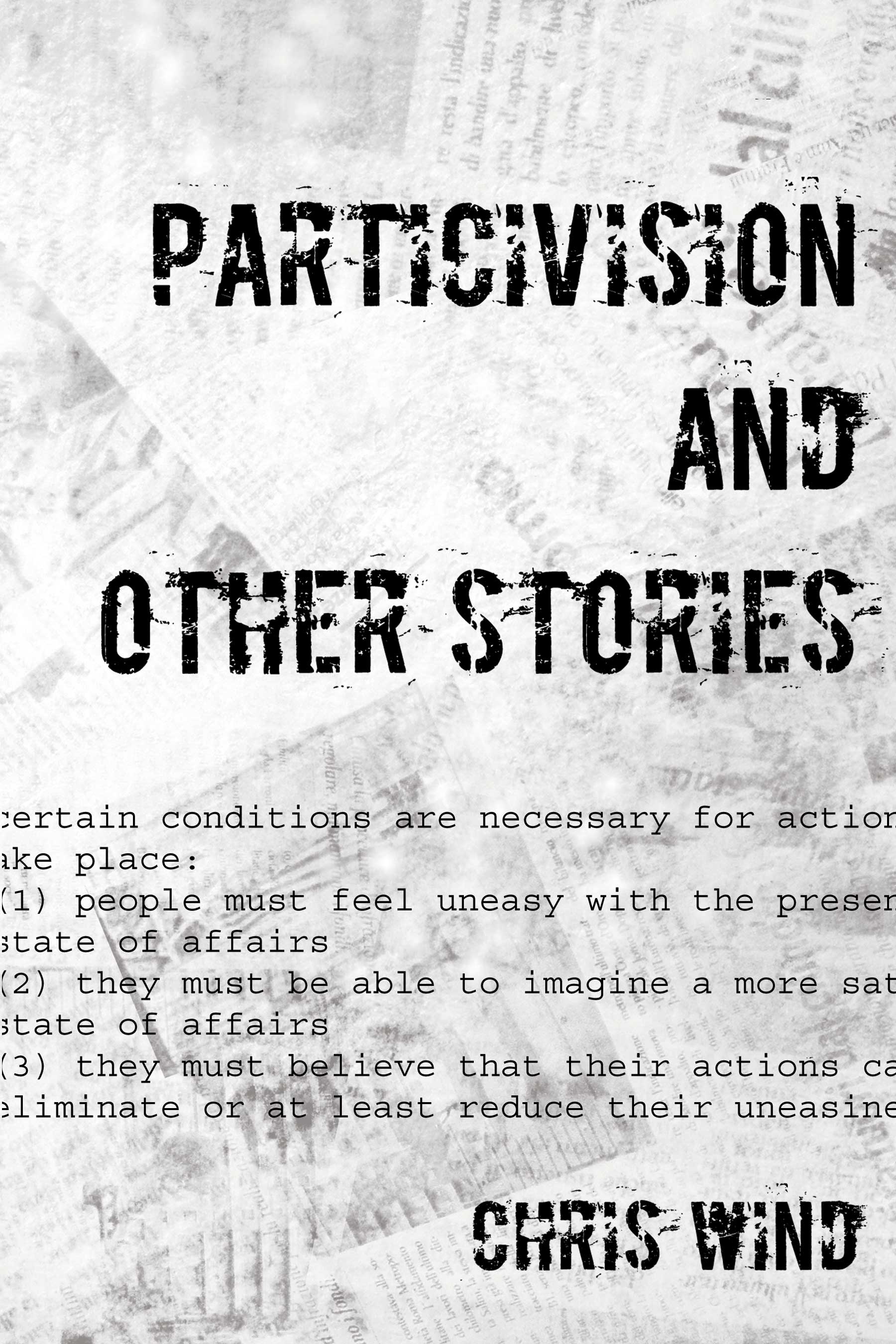 If you’d prefer a paperback copy, best to purchase it online (Amazon, Barnes and Noble, Book Depository, Bookshop, and quite possibly wherever you purchase your books online), where you can get a deal on shipping.

Acknowledgements: “The Great Jump-Off” appeared in American Atheist (Aug93), Humanist in Canada (Autumn 91), and Existere (October 91); “The School Board” appeared in ACT (Apr92); “War Heroes” and “This Year’s Hunt” were broadcast on CBC Radio One (Dec00 and Apr00 respectively).

“… your writing is very accomplished … Particivision and other stories is authentic, well-written, and certainly publishable …” – rejection letter from a small Canadian press

“…engaging and clever …” – rejection letter from a small Canadian press

“As the title indicates, this collection of stories is about getting into the thick of things, taking sides, taking action, and speaking out loud and clear, however unpopular your opinion may be. Some of the causes Wind espouses will get no argument from any thinking person. … Wind’s view on the ethics of suicide, poignantly expressed in “Coda: Canon,” his story about changes in human sexuality that will all but do away with sexual intercourse in “The Sexual Evolution,” and his face-off between the forces of faith and those of secular humanism in “The Great Jump-Off” will probably annoy at least half of the people half of the time. His is an iconoclastic perspective, and this collection’s 13 stories, although of uneven quality, are refreshingly out of the ordinary.” – Joan McGrath, Canadian Book Review Annual